That worked out well

My girlfriend, Janie, is also a furniture maker, and until her recent relocation to new premises she shared shop space in a large workshop with several other craftspeople. One of them was a bladesmith, and he had an old woodworking bench that he wanted to clear out to make space for something more suitable. Janie mentioned it to me, and long story short, I am now the proud owner of a vintage Sjobergs European Style cabinetmaker’s workbench: 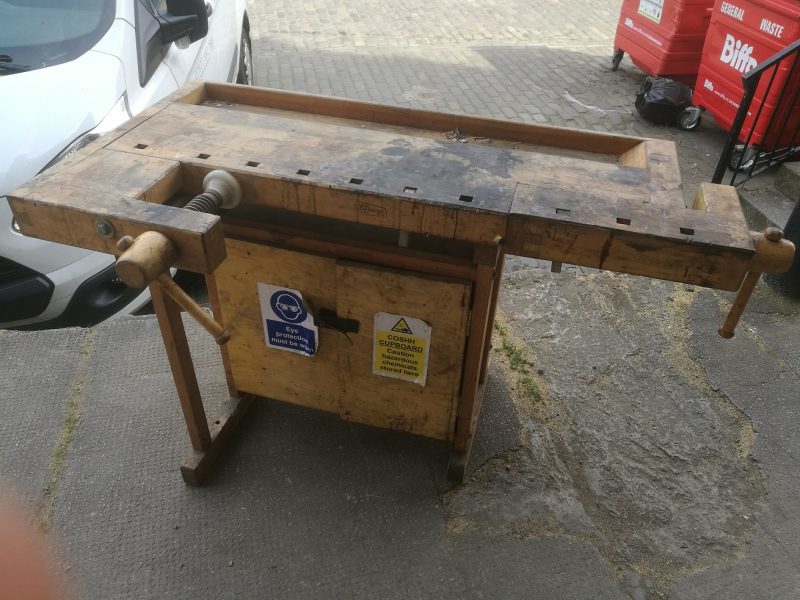 Instead of buying it, he said that he wanted a printer table making to fit the space he had available. I readily agreed, and armed with a design brief I went to invade Janie’s workshop.

My girlfriend and I have very different approaches to our woodworking. I am a mostly unplugged woodworker, and Janie mostly uses machines. Never one to pass up the opportunity for learning a new skill, I designed the printer table to be made using power tools that I had never used or had access to before.

The first job was to raid Janie’s scrap pile for stock. I managed to find lots of suitable spare materials and soon had a design for the table. The second job was to produce a cutting list for the frame. Before long I had a pile of redwood ready for some joinery: 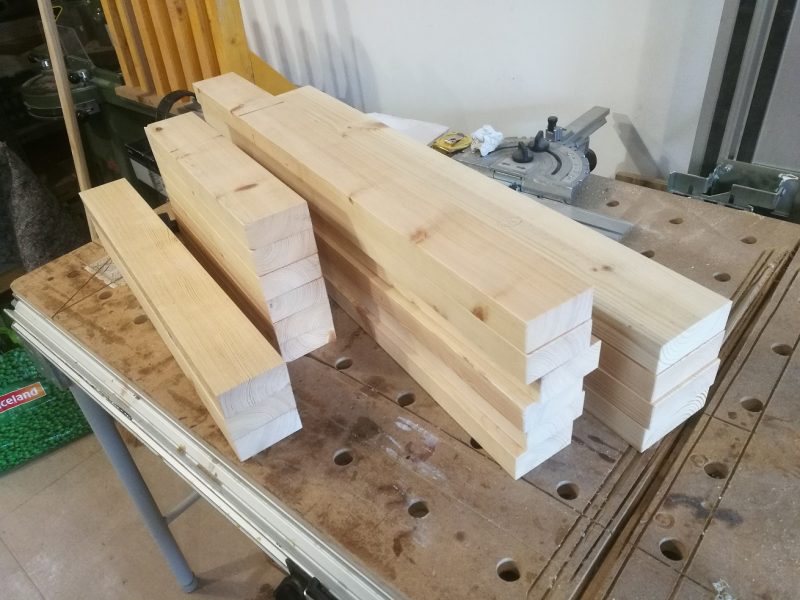 Usually at this point I would mark out and cut mortise and tenons for this type of joinery. But today I would be learning to use a new type of joinery. The Festool Domino. For those who don’t know, Festool make high end woodworking machinery and accessories. The Festool Domino machine is a hand held power tool that effectively cuts a mortise in the two pieces to be joined, and a floating tenon – called a Domino due to it’s shape – is glued into place, securing the two pieces together.

Used well it creates a quick strong joint. It has a learning curve though. There are lots of adjustments that can be made on the tool and it requires very accurate marking out and consistent use of reference faces to make accurate joinery. After a thorough tutorial, a bit of practice and a little head scratching I had the frame dry fitted together to see the results of my morning’s work: 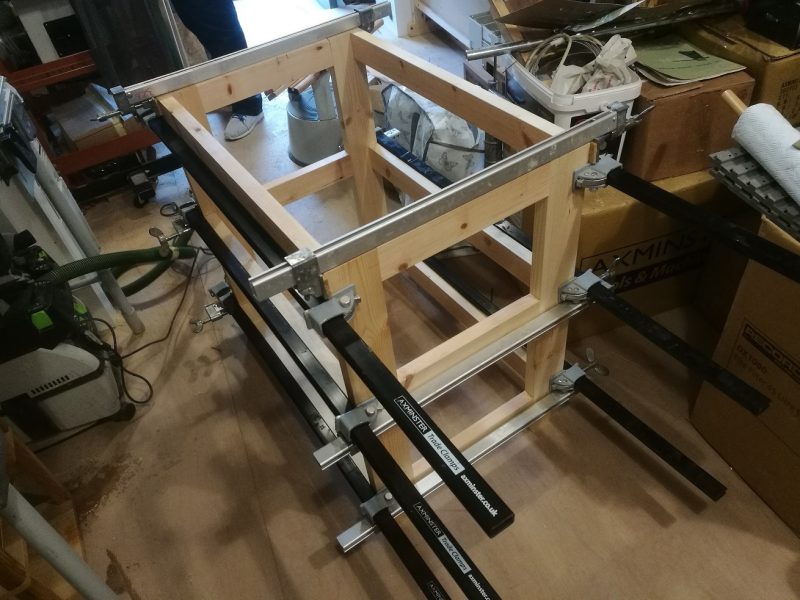 The next job was to start the glue up. I decided to do this in two stages. First of all I glued the two ends and put them aside to set up: 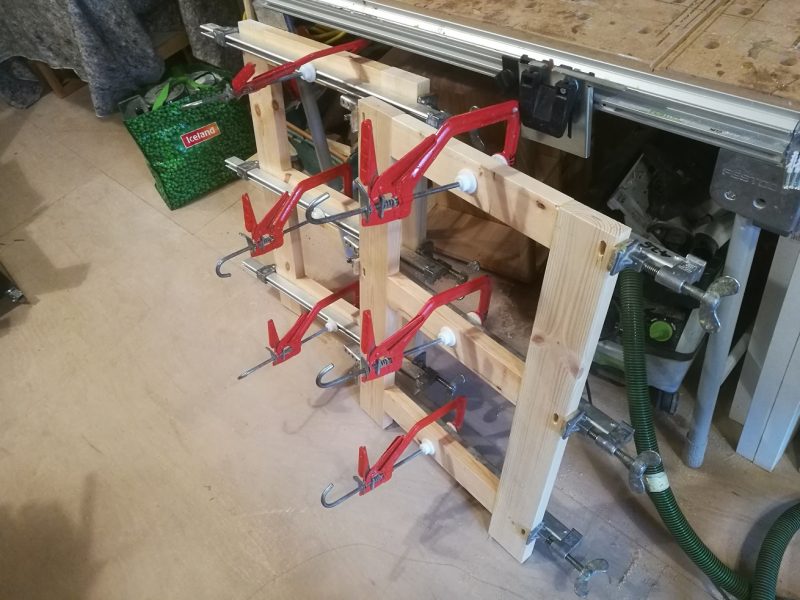 While they were drying I cut two shelves from some OSB sheet Janie had left unattended. They were fitted as I glued the stretchers to join the ends together: 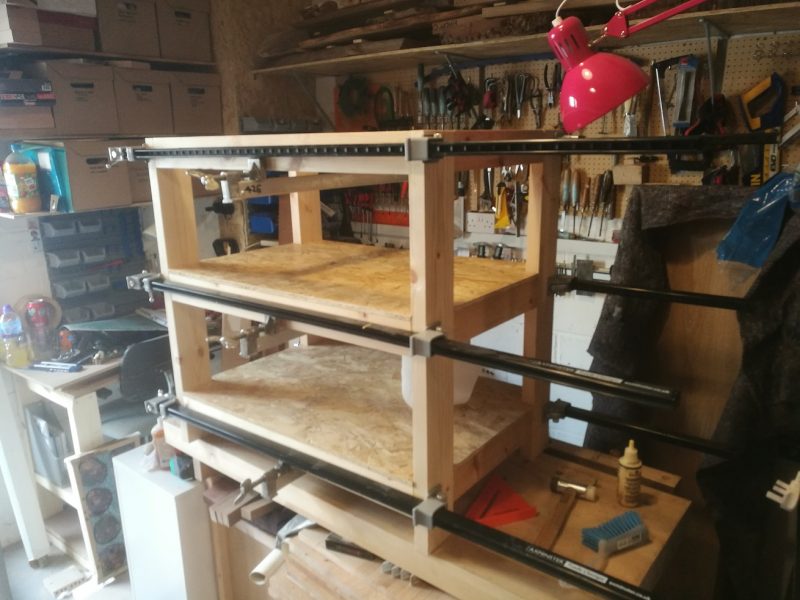 The final job on the frame was to clean up the glue squeezeout and give it a final sanding. I also added chamfers to the feet to prevent them splintering if it gets dragged across the floor: 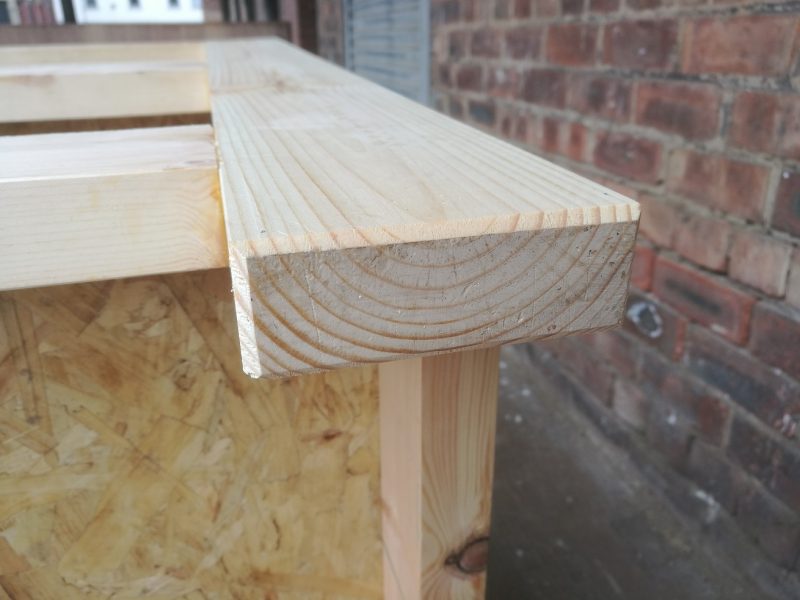 I pushed my luck a bit and nabbed a piece of walnut veneered MDF to use as the top. Obviously I didn’t want to leave the MDF core exposed on the edges, so I took the opportunity to learn the second new skill of the day. Edgebanding is done by heating glue preapplied to thin strips of timber to secure it to the piece. There are specialist tools available for this job, but an iron works just as well: 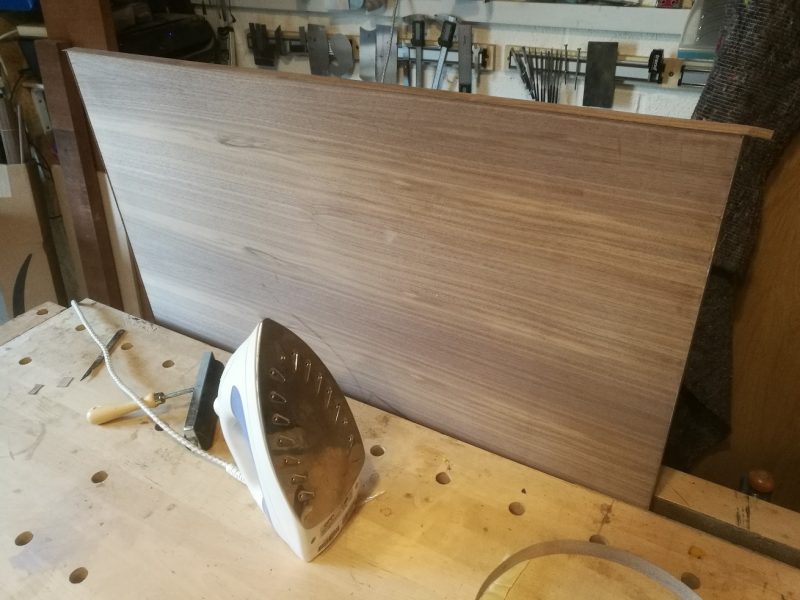 Once the edgebanding had cooled and was trimmed I secured the top to the table. There were only two jobs left. First was to add a mother of pearl inlay to the top. This is something Janie uses frequently in her work, and it was my way of honouring her for all of her help during the build. Second was to give it several coats of boiled linseed oil to protect it and bring out the character of the walnut: 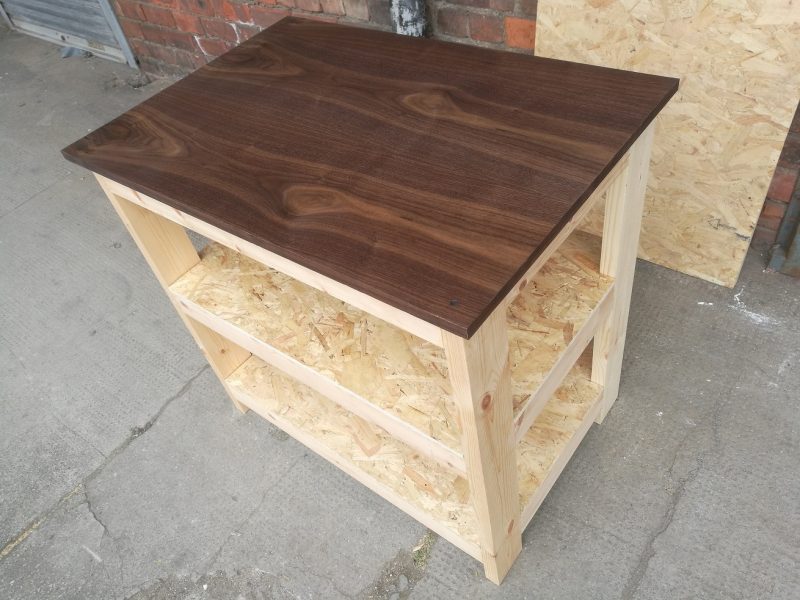 I dropped it off and I think he liked it: 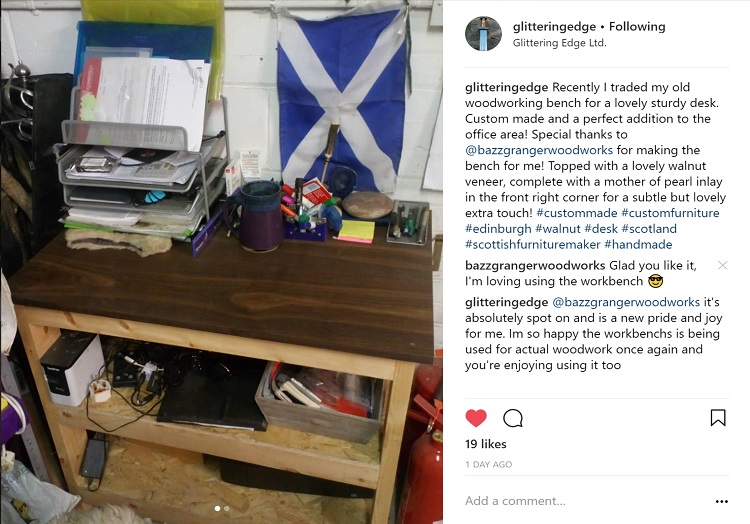 So all in all it was a very productive day. I gained a workbench, learnt some new skills and spent some time in my girlfriend’s workshop.

The machinery left me with mixed feelings. The Festool Domino is a very impressive piece of kit and can produce strong, accurate and efficient joinery. It certainly justifies it’s place in a joinery workshop. But at the end of the day it’s a machine, and it left me cold. Hand cutting mortise and tenon joints is one of the reasons I love hand tool woodworking so much, and although I’ll use the Domino if it is the best solution you won’t find me smiling in the same way I do whenever I pick up a mallet and chisel…